Along with my coauthors from the California Plant Phylodiversity Project, I have a new paper on California plant conservation priorities out this month in PhilTransB. This project had both empirical and conceptual goals.

Empirically, we wanted to develop a rigorous spatial conservation prioritization for California plants, a highly biodiverse and threatened group. We built distribution models for each of the state’s more than 5000 plant species, assembled a new dataset on the protection level of every parcel in California, and combined this with data on landscape intactness in an prioritization algorithm to identify optimal sites for the creation of new protected areas. Our data are being used by organizations including The Nature Conservancy, the CA Department of Fish and Wildlife, and the California Native Plant Society as part of their spatial conservation planning efforts.

Conceptually, we also wanted to advance our thinking about how evolutionary information can inform conservation priorities. Phylogenetic diversity (PD) is a well known approach for incorporating information on species relationships into biodiversity assessments, and is often considered one of the core “biodiversity facets.” In this paper, I argue that PD itself actually has three facets associated with the three main macroevolutionary processes (anagenesis, cladogenesis, extinction), and that these facets are each connected to distinct conservation goals.

This project was a fun collaboration with a lot of folks, and it’s exciting to see it published! Along with the paper itself, I also created a web app called the California Plant Phylodiversity Atlas that lets folks explore the underlying data. 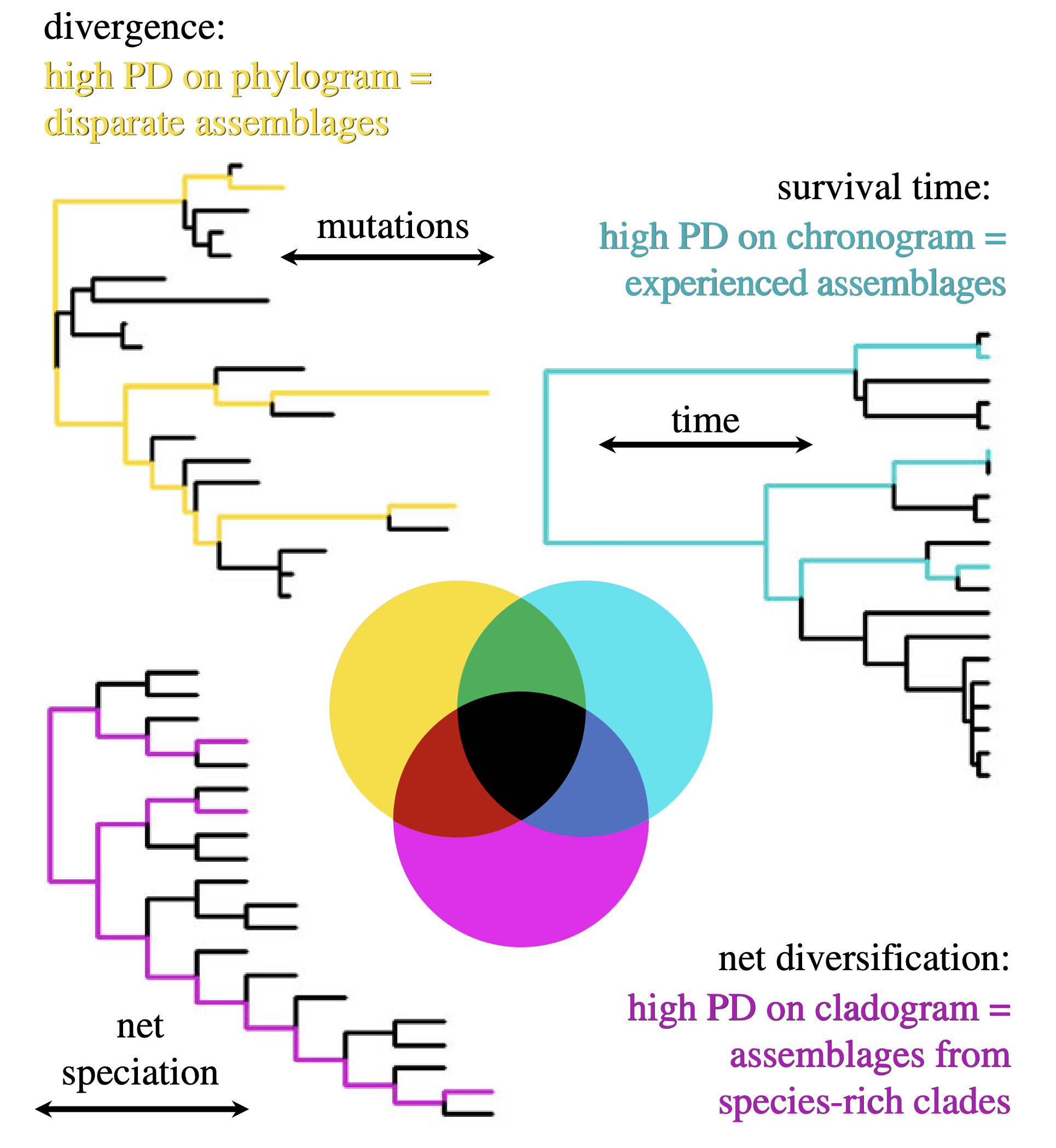